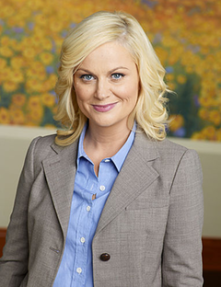 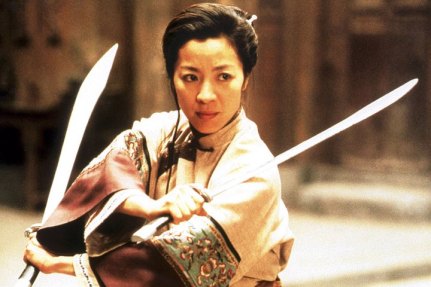 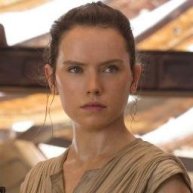 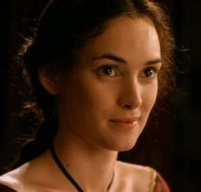 Leslie Knope is the world’s most optimistic government employee. She is also a staunch feminist, wants to be Gloria Allred when she grows up and is one of the most competent and hard working characters to ever grace our TV screens. Portrayed by the wonderful Amy Poehler in NBC’s Parks and Recreation, Leslie is a woman in a competitive field for women but she manages to never be competitive with the other women in her life. She excels at building them up and celebrating them, and is the creator of the wonderful, Galentine’s Day, which we take as inspiration for this issue! Leslie is  kind, hard working and extraordinarily passionate about where she lives and works. Leslie works tirelessly — and often thanklessly — to make Pawnee a better place and almost always does it with a smile on her face. Leslie is the opposite of what we are so often shown in a female character on television today. She is sincere and uncynical and does her best in every situation. I want to be her when I grow up.

Jo March is my literary hero. That’s something that is true for most girls. The protagonist (mostly) of Little Women, Jo is a wonderfully complex character, a woman who has deep ambitions and dreams but one who is unable to completely follow those dreams because she is a woman in a world where men hold power. Throughout Little Women she laments the fact that she is not a boy and wishes that she had the power and agency that men have in this world. In Gillian Armstrong’s 1994 re-imagining of the story, Jo March is an ardent feminist who desperately wishes to go to college and wishes to be recognised as a writer. She doesn’t want to be a writer just for the recognition and the fame (although she is interested in that) she also wants financial independence, recognising that with the satisfaction of being able to earn her own keep she gains a sense of purpose. Although throughout the novels her family remains her top priority and her willingness to make practical sacrifices for them stands as an example of her strength.

We were a long time debating whether we should include Leia here or Rey but ultimately we decided to go with Rey, because, while we love Leia and always will, we wanted a chance to talk about our newest addition to the Star Wars family. Leia will always be our hero, the fast talking princess who wouldn’t take shit from anyone, but Rey is a horse of a different colour. Rey has the tenacity and is slightly jaded by a world that abandoned her to fend for herself as a child. She still manages to be sincere and enthusiastic when she finds herself wound up in a  plot to save the Empire and once she becomes embroiled in the story she is determined to do her part in the rebellion. Rey is the ultimate mis-direct in film, considering we were clearly meant to think that Finn would be the Jedi from the promotion of The Force Awakens – but we were given a wonderful surprise when it was Rey who was able to free herself from Kylo Ren’s clutches. That moment when the lightsaber comes sailing out of the snow to her remains one of the most cheer-worthy shots I have ever seen in the cinema. We can’t wait to see what she does next.

Inej Ghafa is one of the most bad-ass acrobats you are ever likely to meet. The acrobat turned assassin is one of the six main characters in Leigh Bardugo’s Six of Crows duology. Assassin she may be but she also has a heart of pure gold. Her steadfast loyalty to her crew is matched by her stunning abilities with her knives. Inej is a wonderful character who’s harrowing backstory involves being sold into slavery and being forced to work in a brothel as a teenager. But the most remarkable thing about Inej is that none of these things break her. She remains the heart of the crew that populates the Six of Crows world and is often both their moral conscience and their most deadly asset. If that weren’t enough she has a wonderfully open and fun friendship with fellow protagonist Nina. Both ladies share a caring friendship that isn’t often seen between female characters in fantasy novels. Long may it last.

If you haven’t seen Crouching Tiger, Hidden Dragon, then you need to. Probably the most famous of the wuxia martial arts movies, it is a beautiful delight. But not only that, the film has a strong feminist theme running throughout it. The lead character Yu Shu Lien, played by Michelle Yeoh, is a martial arts expert and bodyguard who is tasked with taking a sacred sword (the sword of Green Destiny) to an old friend of hers. The sword is later stolen by a masked thief and she undertakes the task of retrieving it. And no one ever says the line – ‘but you’re a woman’. It is an accepted fact of the story that she is a bodyguard and highly skilled fighter and no one ever questions it. It’s incredibly refreshing. She and another character, Yu Jen have a wonderful conversation about the merits of being able to choose your future path. Jen envies Shu Lien’s ability to go and be a bodyguard and laments that she must make a profitable marriage. (It’s later revealed that Jen is in fact the thief who has stolen the sword and is an accomplished martial artist herself). The film presents four very different types of women who manage to be strong and capable without sacrificing their femininity. Shu Lien is a measured, kind character, who is clearly disciplined and struggles with guilt over her past relationships and how they may affect relationships she wants to have in the future, while Jen is impulsive and loving but shows great discipline and passion for learning. Even the antagonist, Jade Fox, has a complicated back story that gives her character a great deal of nuance. Crouching Tiger, Hidden Dragon is a feast for the eyes and will make your feminist heart sing.

Zoe Washburne is the coolest first mate in the ‘verse and we dare you to find anyone more capable and intelligent. Zoe is first mate to Captain Malcolm Reynolds of the star ship Serenity on the late lamented Firefly. (It’s all on Netflix- watch it now). Zoe is a war veteran and is the steadiest character we meet in the Firefly universe. She’s one of the crew’s best fighters, can manage everyone on board and one half of the best relationship on the show. Her husband, Hoban ‘Wash’ Washburne, is the ship’s pilot and is completely loving and supportive of his wife. Wash and Zoe’s relationship never brings up the fact that she outranks him at work or that she is much more competent fighter than he is. They have moments – like all couples – where things aren’t perfect but they work through it maturely and only with a small amount of bloodshed. Zoe also has strong relationships with the other women on the ship, acting like a big sister and confidant to Kaylee and River but always remaining the reigning matriarch on  Serenity.

One thought on “Favourite fictional feminists: part one”