Last issue we had the pleasure of reviewing Meg Grehan’s gorgeous verse novel, The Space Between. This month editor Méabh McDonnell was delighted to talk to Meg about her writing inspiration, mental health and poetry.

1.What was the inspiration for The Space Between?

It wasn’t inspiration so much as desperation, to be honest! When I started writing The Space Between I was an absolute mess. I couldn’t go two days without a panic attack, I was afraid of everything, I couldn’t bring myself to leave my house and I needed to do something. I read a lot which helped at first but I could never find exactly what I needed in the books I read so I decided to write what I needed instead. It was inspired by the tough things I was going through but also the good things. I’m lucky to have had someone who was there for me every step of the way, my girlfriend came home every evening and listened to every rambling thought I had. She constantly reminded me that I had to help myself but that she would hold my hand while I figured out how. I wanted to write about how while people aren’t medicine, there’s power in letting people in and she inspired that in a million little ways.

2. Have you always written poetry?

I was a drama kid so poetry was always a big part of my life but I didn’t try writing it myself until I was maybe 16 or 17. I wrote a poem about Neverland that wasn’t completely terrible and then a ton of others that were! I’ve always loved reading and performing poetry but writing it didn’t seem to really come naturally until I started The Space Between. I tried to write it as prose but it didn’t feel right, words kept going off in their own directions. Once I gave in it all just poured onto the page, verse fit the story perfectly!

3. Did you find it difficult to tell a story using both poetry and plot?

No I actually found it much easier! Writing prose I always felt like stories needed more words than I wanted to give them. Using structure instead was really liberating! Big plot points could happen in one line, I could use structure and punctuation and repetition however I wanted and that was ok! It was all about finding the balance, knowing if I was doing something, putting that line there or that word here, for the sake of the story or that particular poem and deciding which was more important. I love it, it’s such a fun way to write.

Writing prose I always felt like stories needed more words than I wanted to give them. Using structure instead was really liberating! Big plot points could happen in one line, I could use structure and punctuation and repetition however I wanted and that was ok!

4. What was your process for writing each individual poem – did you have a length or topic in mind or did you just see where the writing took you?

I would always just start writing and see what happened. There were sections that I thought would need pages that actually only needed a couple lines or scenes I thought would be super short that took pages and pages of words and formatting. It was always fun to start with one idea or one word and see what it turned into.

5. Beth is dealing with a mental health disorder at the beginning of the novel – did you find it difficult to immerse yourself in that kind of mindset?

No, I was very much already in that mindset! I found it helpful, cathartic. I would write through panic attacks or when I had to leave the house and it gave me something good to focus on. Writing was my safe space, I could pour it all out, piece it together and see it much more clearly afterwards.

6. Do you think that there is still a stigma surrounding mental illness in Ireland today?

I do think so, but I also think we have such amazing people changing that with their bravery and honesty, especially in the arts. It isn’t always easy to talk about your mental health but if you’re suffering you can look around and you will find someone who has been there or who feels the same. We have so many writers and performers and artists who are opening up and every honest voice dampens that stigma a little.

It isn’t always easy to talk about your mental health but if you’re suffering you can look around and you will find someone who has been there or who feels the same. We have so many writers and performers and artists who are opening up and every honest voice dampens that stigma a little.

7. Beth and Alice have a beautiful love story in the novel – is this something that you were inspired by in your own life?

Their story isn’t my story, but I don’t think I could have written theirs without my own in mind.

8. Was there any part of the book that was particularly challenging to write?

Not particularly, if anything was very difficult or jarring I would just put it aside and moved onto a new section. When it worked I could feel that it worked so I just tried to trust my instincts.

9. The book reads like a minuet – was music a big influence on your writing?

Ooh I like that! I definitely listened to music a lot while I was working on it, I listened to Shura, Oh Wonder and Dodie quite a bit. I never listen to music when I’m actually writing though, I always worry that it might influence my writing too much or that I’ll get too wrapped up in listening and forget to write! Mostly music was helpful when I was tired or having trouble focusing. I would put on something fun (usually Boyfriend by Tegan and Sara!) and have an emergency dance break until I felt a little better.

10. Alice gives Beth a book of fairytales as a gift – what is your favourite fairy tale?

That’s tough! I think I would have to say The Little Mermaid because despite a massive fear of the sea, I have always been a little bit obsessed with mermaids.

In general I think I prefer retellings since they tend to be kinder to women! My all-time favourite book is Kissing the Witch by Emma Donoghue which is a collection of classic fairytales told with a very feminist and queer twist, maybe that’s what Alice should’ve given Beth!

11. What would be the perfect book gift to give to you?

At my book launch my amazing friend gave me a beautiful little book shaped locket with the The Space Between book cover on it. It’s one the greatest gifts I’ve ever been given!

12. Are you writing anything new at the moment?

I am! I’m working on another verse novel inspired by constellations, it’s been a ton of fun so far!

Mouse takes over the world, of course.

The Space Between is available from Little Island Books and all good bookshops! 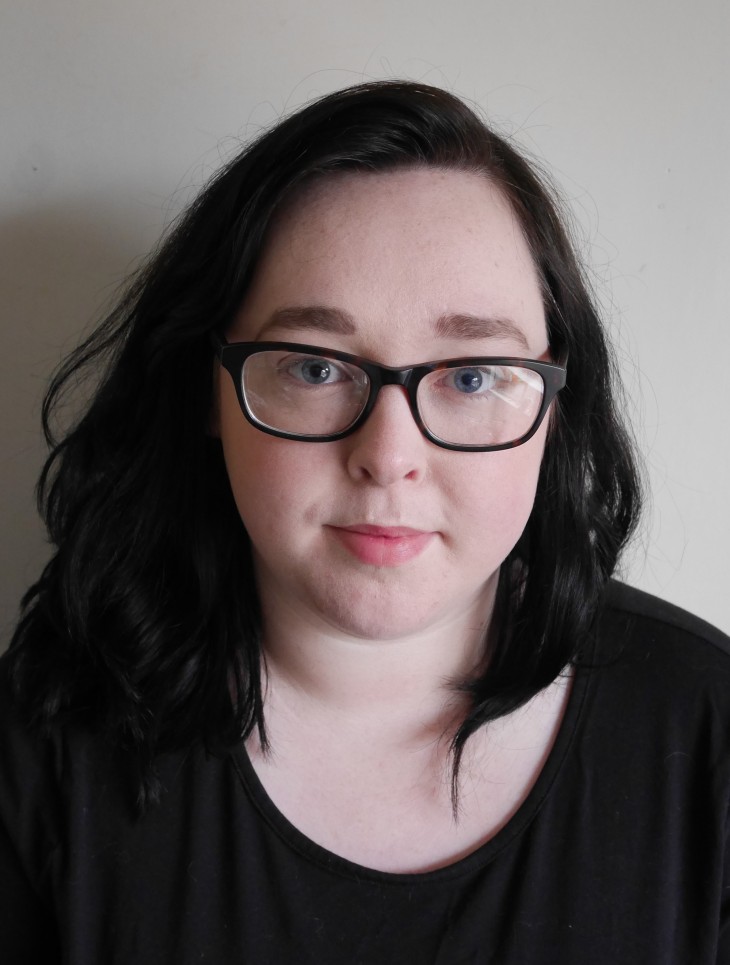