Ashley Clements has had a career that has travelled back and forth from past to present to future, Charlotte Brontë to a modern day Lizzie Bennet. Five years on from her award-winning performance as Lizzie in the Lizzie Bennet Diaries, Cinders caught up with Ashley about her memories of the show, her advice to actors and what she has lined up next. 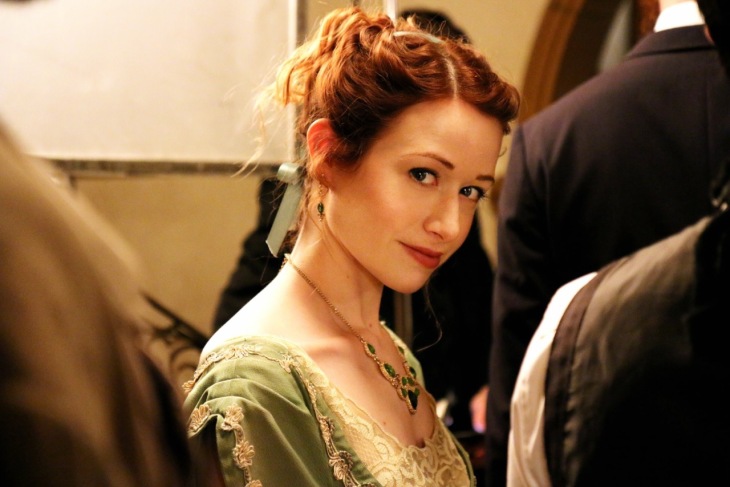 1. Can you remember the first moment you realised you wanted to perform?

I was 6 years old the first time I did a play, and it was around then. My parents didn’t believe me because my career goals up until then had gone something like princess, lawyer, first female president of the United States, actor. I think they expected 10 or 20 more before I decided, but I stuck with the decision that 6 year old made. When I was 7 I wrote a very compelling story about horses and decided I would be a writer AND an actor. And that’s still pretty much the dream.

2. If you could play/ have played any role what would it be?

There’s still some great Shakespeare roles on my list that I need to grow into, like Lady Macbeth and Paulina in The Winter’s Tale. But I’ve got a lot of time for those.

3. Who are the actors who inspire you?

I’m super inspired by people who create their own work, like Tina Fey, Amy Poehler, and Mindy Kaling, and really transformative actors like Tatiana Maslany.

4. We’ve been having fun re-living The Lizzie Bennet Diaries through the 5 year re-watch – what are some of your best memories from the diaries?

Working with the cast, many of whom became dear friends, was definitely a highlight.

We went through so much together, including traveling to conventions and sleeping on each other’s shoulder on airplanes, that they’ll always be my LBD family in some ways.

them, thinking I’ve seen these all so many times. But then I started watching them, and enough time has passed that it feels like a sort of window into my life 5 years ago, because I remember so much of what was going on when we shot episodes.

So I’ve actually really started enjoying the rewatch myself.

“At first when the videos started showing up in my Facebook feed I skipped over them, thinking I’ve seen these all so many times. But then I started watching them, and enough time has passed that it feels like a sort of window into my life 5 years ago”

5. Lizzie Bennet was such an iconic role – what did you learn from playing her?

I learned a lot from Lizzie. She came along at just the right time in my life and forced me to face my own judgmental nature. I can genuinely say I’m a better person for having gone on Lizzie’s journey.

6. Where do you think Lizzie is now?

I have a lot of thoughts on where Lizzie is now, and I hope some day soon I get to share them with everyone.

7. You really got to exercise your comedy chops as Charlotte Bronte in Poe Party – what did you enjoy most about bringing her to life?

Playing Charlotte was such a dream. I got to wear a gorgeous gown, speak in a British accent, and run around a haunted house pretending to be mean to some of the people I enjoy the most. Every day was so much fun. I only spent 9 days on set, but I could have happily spent years making more Poe Party.

8. Having been involved in both The Lizzie Bennet Diaries and more recently, Non-Transferable – do you have a favourite romantic comedy?

I’m a huge sucker for a great rom com. Some of my favorites are When Harry Met Sally, Notting Hill, Four Weddings and Funeral, Clueless, and Bridget Jones’ Diary. (I don’t think it’s a coincidence that two of those are inspired by Jane Austen.)

9. Non-Transferable looked like it was so much fun to film – what was it like to shoot in such incredible locations?

The whole experience was sort of surreal. We were traveling so much and shooting so fast and incredibly jet lagged, but then we’d stop in the most incredible places. Our very first day we woke up and realized in daylight that we were just steps away from the Aegean Sea.

We saw small towns and big cities and incredible countryside. History like the ruins in Ephesus, and natural phenomena like the calcium travertines in Pamukkale, and a combination of both in the fairy chimneys and underground cities in Cappadocia. It was truly the trip of a lifetime.

10. Did you enjoy teaming up with some of the Poe Party and Pemberley alums?

Always! That’s the dream for content creators – to get to make things with your friends! It’s so much fun to keep working with beloved people and meeting new ones through all the connections we make.

11. Is there any advice you would give to aspiring actors?

You’ve got to learn how to live a fulfilling life that isn’t dependent on anyone else’s approval or permission. And you’ve got to work really, really hard.

12. What can fans look forward to seeing you in next?

Since it was successfully funded I’ll be shooting The Wayward Guide for the Untrained Eye with my friends the Tin Can Brothers! You can check us out at wayward.guide.com 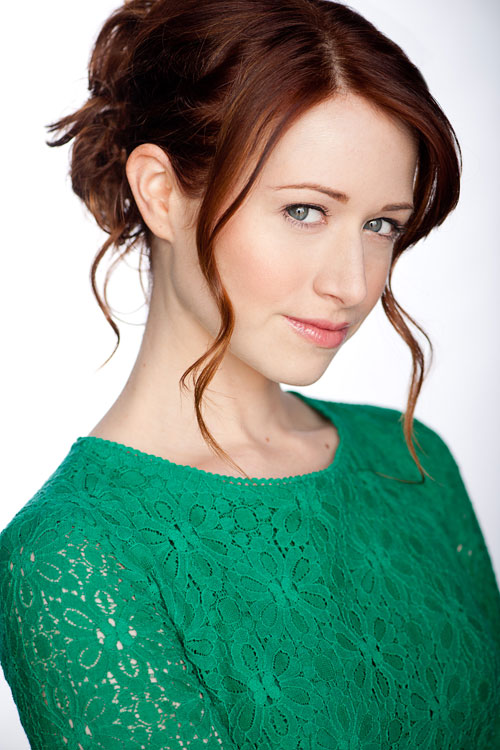