Winner of the YA Book of the Year, Deirdre Sullivan, spoke with Cinders magazine about Tangleweed and Brine in October.

Deirdre Sullivan is no stranger to the Irish YA literary scene what with her fabulous novel Needlework, and her Prim Improper series. Her new collection Tangleweed and Brine is something different, a set of feminist fairy-tale retellings that is already well on its way to becoming a feminist classic. Tangleweed and Brine takes the stories that we thought we knew and looks at them through a new lens. It gives readers a fresh perspective on characters that they will have known all their lives – turning these stories on their heads and empowering the women whose tales they tell. Méabh McDonnell spoke to Deirdre about her inspiration behind the collection and why fairy-tales are still the stories that speak the loudest to us.

What drew you to re-writing these classic fairy-tales?

I have always been drawn to storytelling, and fairy-tales in my fiction, which is true for so many writers. I have been rewriting fairy-tales for years and I think it’s an attempt to touch and name the things inside them. The truths and the lies. With Tangleweed and Brine, I got to explore the world of my childhood fiction more deeply, which was a demanding experience in the best possible way. I loved writing it, and I felt it very deeply.

Do you have a favourite fairy-tale now, or did you have one growing up?

Did you find it challenging to re-interpret these stories, when they’re so embedded into our culture?

The stories came to me little by little and one (The Tender Weight) that I was stuck on actually got sorted out in a dream.

I lived and breathed them for the year it took to write, I was constantly thinking about them and twisting the worlds around my brain.

The writing itself, when I sat down to do it, generally flowed. I work full time, and I think that focusing myself on other things sometimes helps what I’m working on to percolate.

I worked very hard on this book, and I have been getting ready to write it for over a decade, but the voice and the shape of it came very naturally. It felt like it was ready to be written, and I loved the process.

What do you think is so consistently appealing about fairy-tales, particularly to YA writing?

Story is such a powerful and human tool, and fairytales are the oldest and most potent stories of all.

They are tales from our childhood that follow us into adulthood.

As a writer for young adults, that’s a transition I negotiate in most of my fiction. You look at the original versions of fairy-tales, for example Little Red Riding Hood, you could argue that they are YA. Dark themes, warnings, young protagonists, striking out on their own.

When we are teenagers, we realise little by little how complex the world around us can be, and we have to decode the stories we have been told about the world and work out new stories to tell ourselves as we shape our identity.

And that’s what fairy-tales began as.

Stories told to help people make sense of the world around them. Rules and warnings, the things we think we want and how to get them…. 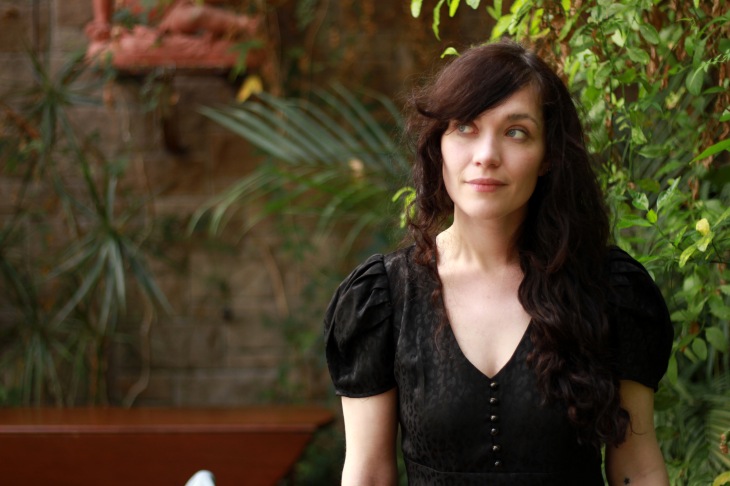 In some of the stories you write from an unusual perspective, such as the wife in Come Live Here and Be Loved, the witch in You Shall not Suffer and the servant girl in The Little Gift, was it difficult to decide who’s story you were going to tell in your version?

This book came so naturally to me. Like, I worked very hard on it, but the voices flowed. I felt like I knew those girls or was those girls. The second person ones are, I think, related the the choose your own adventure books I loved as a young adult, like Secret Sorceress. They were full of magic and romance and peril, and I encountered “you” stories for the first time inside their pages. Weirdly I felt closer to the you women than the I women, more embedded…. I don’t know what that says about me.

“When we are teenagers, we realise little by little how complex the world around us can be, and we have to decode the stories we have been told about the world and work out new stories to tell ourselves as we shape our identity.

And that’s what fairy-tales began as.”

I loved the heroine of Slippershod, how her story is about taking power and independence back for herself. I also really enjoyed how the heroines of You Shall not Suffer… and Riverbed in particular use their agency to re-write their stories. How did you go about giving these women voices and independence in stories where most of the time they are just evil or good – tainted or pure?

I didn’t think about it, it came really naturally. I don’t think I could have told them any other way. I mean, I could rewrite those stories again (and have- there’s another Snow White living on my laptop at the moment, and a few mermaids, I come back to fairytales a lot). We aren’t one thing. We have hearts. We have desires and we live in a world where we are denied agency in a myriad of ways. I’m aware of my privilege. I have a roof over my head, I’m white, cisgendered, but there are things the world takes from women piece by piece as they grow up. And I thought about what it would be like to live inside a fairy-tale. How would you claw back what you needed to feel like a person? And what that would do to you. The purity and taint of it is right. And everyone is both and all at once.

I really liked the connections from one story to the next, like the girls having heard of each other and witches being treated the same throughout the stories, did you set out to write them with that in mind  or did that develop as you completed each tale?

I don’t think they’re in the same world, they’re like all these little snow globes that touch each other like a venn diagram. I think the links were as a result of them growing from the same brain rather than a thing I set out to do. It came organically.

Did you have to do a lot of research into the original fairy-tales to find out how you would re-write your own?

I had done a lot already. I ate up Jack Zipes, Marina Warner, Maria Tatar, Marie Louise Vin Franz and the like at college, when I was supposed to be studying Law. And I have always been drawn to fairy-tale retellings. The book is dedicated to two dear friends, one who first introduced me to the work of Jack Zipes, in the NUIGalway library, and another who edited the Writers Society journal when I was in college. The first thing I read of hers was a fairy-tale she had written and I thought to myself “friend!”

When I first got the contract for Tangleweed and Brine (Little Island commissioned it, based on their knowledge of the fairy-tale retellings I had already done) I felt like I should reread everything again, but I ended up dipping in and dipping out over the year and letting it flow out of me. I think that having that swathe of space helped the book. I wanted it to feel natural.

“I have a roof over my head, I’m white, cisgendered, but there are things the world takes from women piece by piece as they grow up. And I thought about what it would be like to live inside a fairy-tale.”

You mentioned Angela Carter as an author who influenced you, did you enjoy writing a version of Bluebeard that was so different to The Bloody Chamber?

This is the one that came to me in a dream, which has never happened before and was really useful. Thanks, subconscious.

I am drawn to the story of Bluebeard, the darkness and the blood and the keys and the fear. It’s powerful.

But I was very intimidated when I came to it, because I love Angela Carter’s version a lot. Tangleweed and Brine is a little nod to her book The Bloody Chamber, as it influenced me as a writer. Her voice is fearless and poetic and her use of colour and imagery is something else.

Her stories are so different but so cohesive.

That’s another reason I was glad there was space left between reading around fairytales and writing Tangleweed and Brine. Such big boots to even try on, never mind fill!

“The things in these stories take place in fairy-tale worlds, but there’s a core of truth to all of them, at least to me”

The concept of ‘witches’ is woven throughout most of the stories, in some they are revered, in others feared, in some forces for good and in others forces that have done evil – was there a reason you referred to them so often in your fairy-tale universe?

Yes, it was about power. How to get power in a patriarchal society, how to learn to value things that aren’t worth money. Plants, animals, the elements, yourself.

The witch is the transgressive woman, the other. And there’s a value to that and a price to pay. People punish unruly women- who do not look or behave properly. Women are still disfigured, burned, murdered and cast out for perceived transgressions in the world today. The things in these stories take place in fairy-tale worlds, but there’s a core of truth to all of them, at least to me.

Why choose earth and water as the key elements of the book?

Initially I was going to do all four elements, but the stories kept coming out with Earth and Water strongly, so I went with it. Writing this was a very different process to writing my other books, it was more instinctual, and less planned. I think all the witches might have put me more in tune with my subconscious or something. The wagons.

Do you believe in magic?

Yes. but not the kind with wands. I believe in love and stories. Those are powerful.

Tangleweed and Brine is published by Little Island Books and available in all good bookshops.