People have dreams of reaching the moon, defeating death, achieving perfection. Those are the dreams that fuelled the community of Adrianne Finlay’s Your One & Only and led to the society of clones that now populates it. We spoke to Adrianne about her writing process, her clone society and her favourite science fiction.

Have you always wanted to be a writer?

I spent a good deal of time not knowing what I wanted to be, but I was always a big reader, and even as a child I entertained myself by writing stories. I became a professor of writing and literature, and certainly the fact that I enjoyed reading and writing had an impact on that path, but it took a while to imagine that I could actually do those things as a career.

What was the inspiration behind Your One & Only?

I stumbled on an article about the ethical implications of cloning a Neanderthal. The essay suggested that it would be morally irresponsible to do so, because the extinct Homo sapiens would have no connection to our modern world—no community, no family, no culture, no one who even looked like him.

I stumbled on an article about the ethical implications of cloning a Neanderthal. The essay suggested that it would be morally irresponsible to do so, because the extinct Homo sapiens would have no connection to our modern world

That started me thinking. I loved the idea of a story about a character so radically out of place, so mismatched, the only one of his kind. Instead of writing a Neanderthal main character, I imagined a future where humanity had evolved into nine different models of genetically altered clones, and then those clones create the first new human in centuries. From the perspective of the clones, the main character of Jack is a sort of Neanderthal, primitive and distinct, and indeed even opposed to, the world that created him. So that article inspired me to explore the assumptions we all have about individuality, family, and community.

Did you have a character you identified  with most?

On some level, I feel like I have to at least understand the perspective of, if not identify with, all of my important characters. It’s hard not to identify most with my main characters, however. I think everyone can understand on some level Jack’s feelings of isolation, and Althea-310’s inquisitiveness and compassion are my favorite aspects of her character.

Do you have any other favourite clone stories in science fiction?

There’s so much great fiction that involves clones! I love TV shows like Battlestar Gallactica and Orphan Black, and movies like The Island, Gattaca, and Jurassic Park. I’m also a fan of science fiction films from the seventies and eighties, some of which either directly invoke cloning, or explore some of the issues surrounding what makes us who we are: Invasion of the Body Snatchers, The Boys from Brazil, Blade Runner, Stepford Wives.

I’m also a fan of science fiction films from the seventies and eighties, some of which either directly invoke cloning, or explore some of the issues surrounding what makes us who we are: Invasion of the Body Snatchers, The Boys from Brazil, Blade Runner, Stepford Wives.

As there is only one human among the clones did you find it difficult to create an alien mindset for them?

One aspect of the community in YOUR ONE & ONLY is the contrast between the lack of humanity in the clones, and the human character of Jack. A challenge I faced when exploring the implications of their lack of humanity was in making their cruelty feel alien. As the news makes clear every day, humans are eminently capable of cruelty, so what makes the clones different? Humans have the ability to be empathetic—if they choose to foster that sense of themselves—and when we’re able to be compassionate and kind, we become our better selves. So as I moved forward, I looked for ways the clones could express not simple cruelty, but the more profound problem of their lack of ability to empathize. Creating the character of Althea-310 offered a means by which to explore the clone mentality with sympathy, while ultimately revealing the society’s weaknesses and flaws. 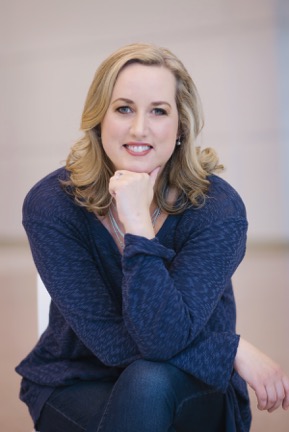 What is your writing process – do you plan out your plot from start to finish or do you just see where the story takes you?

The details of the plot often emerge as I write, and I don’t like to be too prescriptive in my planning. I enjoy allowing for those times when the story surprises me, and I like to leave room for that possibility. I don’t, however, go into a story without some direction. I know my premise, my characters, and the world I plan to create, and I spend time working towards important scenes that I’m excited about, even if I don’t always know how, exactly, I’ll get there.

What advice do you give to students in relation to their writing?

The first bit of advice I give is to keep going. Trust that the act of writing itself has value, allow the writing to not be any good, move forward, and finish. I emphasize that good writing is in revision, but you have to have something on the page to fix. So get it on the page. Worry about making it good later.

I emphasize that good writing is in revision, but you have to have something on the page to fix. So get it on the page. Worry about making it good later.

What are the challenges facing women in academia?

Often in academia, especially the humanities, one finds people who are a bit too self-congratulatory regarding their own consideration of gender and equality, and as a result act without thinking. There are plenty of significant challenges facing women—the fight for paid maternity leave, equal pay, and opportunities for advancement—but those more apparent inequalities can overshadow a subversive form of sexism found in our deep-seated cultural beliefs and ingrained prejudices. It’s important that even those who self-identify as feminist are consistently critical, working to challenge the subconscious biases to which we’re all susceptible.

You’re a person of many talents – where did your passion for soap making come from?

A few years ago, my mother-in-law announced that we were going to have handmade Christmas. She announced this in November, so time was limited. I started researching what I could make for everyone, but I definitely wanted it to be something useful rather than simply decorative. I found soap making, and a few great websites, and from my first batch (oatmeal, milk, and honey) I was hooked. Everyone raved about the gifts, and shortly thereafter I started selling the soap locally with my friend Rachel, because I’d gotten her hooked on the hobby as well. All our proceeds go to type one diabetes research, which her son was diagnosed with at age three.

Is there a novel about a soap-maker in your future?

Soap making is such a part of my life, it’s hard not to imagine it sneaking its way into my fiction. That might mean that I ponder certain scents I’m preoccupied by, and think about how to describe them in my writing, but also it could perhaps mean a future novel that features soap making as an integral part of the story. I guess we’ll see!

It’s important that even those who self-identify as feminist are consistently critical, working to challenge the subconscious biases to which we’re all susceptible.

One thought on “Double Exposure – An Interview with Adrianne Finlay”