What with the new adaptation of Beauty and the Beast hitting our screens earlier in the year it got us here in Cinders thinking about some of our favourite unconventional interpretations of the classic fairytale. Méabh McDonnell looks at the ways the tale as old as time can be interpreted.

A tiny ladybird edition of Beauty and the Beast was my favourite book as a child. The Disney animated movie also held a special place in my heart – still does in fact. Beauty and the Beast is a complex story. On the one hand it’s the magical tale about how love is all you need . It’s the concept that rings true with most people in love – it doesn’t matter what the person looks like – if you love them, you love them. That being said… on the other hand it’s a story where a young woman’s freedom is claimed by a vicious domineering beast who then proceeds to win her over by granting her ‘freedoms’ within what is a very well furnished prison. It’s hard to reconcile that with the happy story of love conquering all. Some people find that too much of a turn off – others might point out that fairytales were written in a time where they were meant to be more gothic than sweet. Regardless of which side of the fence you fall upon Beauty and the Beast’s enduring nature as a story is undeniable.

This is why I decided to compile some of my favourite interpretations of this classic story that I feel really capture the best Beauties and even better Beasts. Some are closer to the original tale than others but all have a special allure. 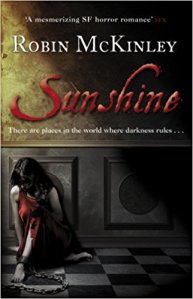 Robin McKinley likes the story of Beauty and the Beast so much that she has written two different direct adaptations of the story. Beauty and Rose Daughter. Both of these are her own interpretations of the classic story in novel form – and if that’s what you’re looking for then you should absolutely check them out. Especially Beauty which bears a striking resemblance to the Disney 1991 rendition – although was written more than ten years earlier! But if you’re interested in a more unconventional interpretation, then I strongly recommend you check out Sunshine – which is the best book about vampires I’ve read in the last ten years. No wait! Don’t run away now that I’ve mentioned it’s about vampires! Sunshine is set in a world where vampires are the apex predator in the world. Entire cities and towns have been taken over by them- only to be combatted by wards and charms developed by black market magic wielding witch families. Of course that’s not what the story is focussed on. Instead, it’s about badass baker, Rae, who finds herself in the wrong place at the wrong time and gets herself kidnapped by vampires. These vampires then use heras a potential meal to offered to their enemy – an ancient vampire named Constantine. Rae and Constantine develop a tenuous friendship, she doesn’t want to be eaten and he has no interest in giving his enemies the satisfaction of eating her. Neither is presented as being particularly interested in the other when they meet but they find a common ground in their interest in stories. It’s Beauty and the Beast she tells him to first convince him that he should keep her alive.

Once again the saving power is with the Beauties – where Rae has to think of a way not only to save herself but to save this vampire who has been just as trapped as she has. And then she has to deal with the consequences. One of the best aspects of Sunshine is the depth of the world that Robin McKinley has created, a world where there are demons and weres and magic wielding people in among the police officers and accountants and bakers. It also spends just as much time telling you how Rae bakes cinnamon roles as it does about vampire lore. And it makes both just as interesting. Most vampire stories have some element of the ‘Beauty and the Beast’ tale woven in – and Sunshine is one of the looser interpretations, with a very empowered Beauty at its helm – but it’s Sunshine that executes it best if you ask me. If you like your vampire stories mixed in with some good recipes then Sunshine won’t disappoint.

Hades and Persephone – A Court of Mist and Fury – By Sarah J. Maas 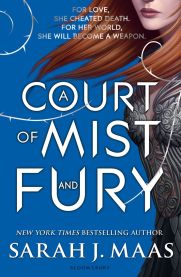 Sarah J. Maas has made a career out of her unusual badass interpretations of fairytales. This is the author who wrote Cinderella as an assassin in her first series Throne of Glass. Her second series has two -very different- interpretations of Beauty and the Beast. The first novel – A Court of Thorns and Roses – is the story of Feyre, a young huntress who kills a faeire and finds herself locked into servitude of a man who is a beast when in the human realm but a masked faerie on his own side of the wall. He and his court have a rapidly approaching deadline to be permanently placed under a dreadful curse. The faerie beast, Tamlin, begins to fall for her, and she for him but what she doesn’t realise is that she is the key to their survival. The story follows most of the traditional beats of Beauty and the Beast up until the last third – which is where things get really out of hand. That being said – it’s to story’s credit. The series continues with A Court of Mist and Fury – which is the far superior story, because every beat that you felt was wrong about Beauty and the Beast is rectified in the best possible way. Only this time the story mirrors another different kind of Beauty and the Beast tale – that of Hades and Persephone. Hades was the Greek god of the underworld who kidnapped Persephone, daughter of Demeter, goddess of spring. Demeter rescues Persephone but because Persephone ate six pomegranate seeds she is bound to stay in the underworld for six months of the year and becomes Queen.

A Court of Mist and Fury takes this story as its departure point but interprets it in a very interesting manner. Feyre is suffering from her ordeals in the previous book and has to find her own way out of darkness. The second book deconstructs Beauty and the Beast and examines what can happen when a protagonist outgrows her role in a story. When she becomes more than just the Beauty and becomes someone with real power but has to deal with the consequences of her actions in the previous book. With some swoon worthy scenes, this is the Beauty and the Beast retelling for the romantic badass. With some great friendships and female empowerment, this is the fantasy that you will binge. 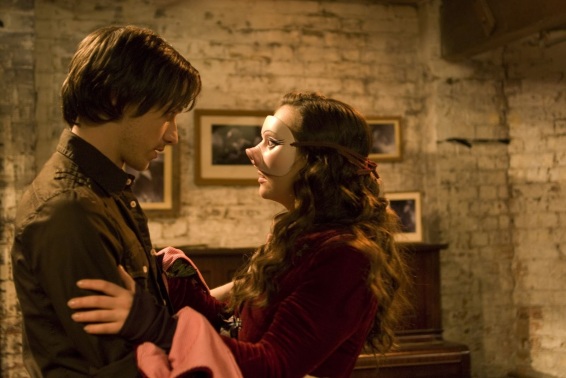 Penelope is an unusual little duckling of a movie. The story of  a girl who is – due to a convoluted family tree- cursed to have the face of a pig until she is ‘accepted by one of her own kind’ aka a rich person. In an interesting role reversal – Penelope herself is the ‘beastly’ character who is locked away because of the curse. She is hidden from the outside world because of her pig-snouted face. But despite having James McAvoy as a love interest – in many ways she’s the beauty too. She’s also hunted by arrogant selfish Gaston-like figures who want nothing but to make a scapegoat of her.

The film is a modern fairy tale, from the mansions to the costumes. It may be a little clunky in spots but has a sweet story. The story of the girl who is born with the face of a pig is a plot that’s just too much fun to pass up. It has the fairy tale beats of the ‘beast’ locked up in the tower- for whom acceptance is the only cure.

It also has the best costumes, if you like flowing coats and fabulous scarves. Sometimes I do find myself wishing that the beautiful Christina Ricci was a little more pig faced – she looks positively cute with a pig’s nose. But at the same time, the performance is charming and the story’s heart is most definitely in the right place. It has a nice element of female friendship when Penelope does venture out into the world and meets the single most interesting character in the story – aside from Penelope herself- Reese Witherspoon’s witch-y looking bike messenger. The two develop a friendship that is often denied women in fairytales and it makes a refreshing change.

Mostly the film looks at how fame and notoriety can often go hand in hand when Penelope is exposed to the world and how acceptance is something that we all struggle with. It’s worth a watch if you’re into a fairytale with a little bit of whimsy and a girl who knows herself very very well.

Pride and Prejudice by Jane Austen 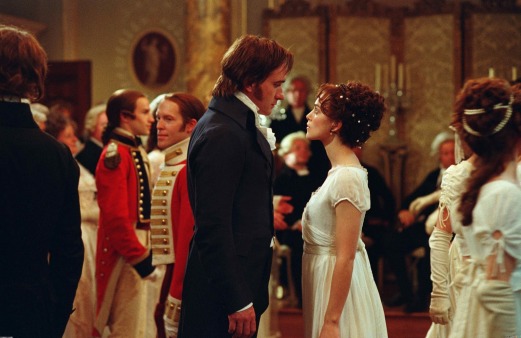 You might think I’m crazy for including Pride and Prejudice in this list, but hear me out. I’m not just slipping it in because I love Jane Austen and everything she does – I have a point. I really do. Pride and Prejudice has definite undertones of Beauty and the Beast. We have the young, well read woman who is headstrong and confident in herself and we have the prickly stand-offish man who doesn’t socialise with people but lives in a beautiful castle. (Pemberley is a castle in my imagination.) Mr Darcy is the Austinian Beast. He’s misunderstood and aloof. Lizzie is the girl who he falls in love with but doesn’t reciprocate his affections – until she sees his good side. Until she sees the man that he is and can be. That’s not to say that there aren’t distinct differences between the two. To start with Lizzie isn’t trapped at any point with Mr Darcy, she isn’t forced to walk away from her life to be with him – however she is almost forced into that with Mr Collins. We also see her stick to her guns when Darcy declares his love for her that she won’t simply accept him because of his riches.

Everyone, even if they’ve never ever encountered Jane Austen, knows that Mr Darcy is the ultimate love interest. Lizzie Bennet is the girl we all want to be, confident, strong and smart. She’s also so, so funny. And then we meet supposed love of her life – Mr Darcy – a gruff, rude, insulting, snob who looks down on her and her family from the first moment that we meet him. He’s a beast – a horribly creature. It difficult to comprehend how funny, smart, interesting Lizzie could ever fall for him! And he does himself no favours. He is prickly and arrogant and mean but as he opens up, we – and Lizzie – get to see a different side to his personality. At its core Beauty and the Beast is a story about looking at people differently and not judging someone by your first impression. And Pride and Prejudice is nothing if it’s not about not judging someone by your second impression rather than your first.